It is said that the darkest hour of the night comes just before the dawn,
"Hope and He(art)" touches that dark phase of my life, followed by a brightest ray of sunlight called "SUNDARI".


I am not averse to change, especially when it happens in moderation. But the year 2007  saw some major changes in my life.


My dream job of 8 years (also my first) as a senior visual merchandising designer at ANN TAYLOR comes to an end.  Quitting my job was a conscious decision as I was 36 and my  biological clock was ticking. Having suffered from an unexplained infertility for a good 8  years, it was time to try some advanced infertility treatments, which guaranteed me a baby  but at the same time demanded all my time and energy. Again in the same year, a small misunderstanding between me and my good friends gets blown out of proportion and puts an end to our friendship of 8 years, a friendship that was valuable to me &  was built over the years.  Embracing these big changes, I move to the Western suburbs  in search of hope and a new home. Within a months time I find my dream home. The idea of doing the interiors of my new house and  the hope of having a child of my own keeps me going through this painful time. A time, where all I did was  PRAY!


It was around this time of my life, I discovered a new passion called  MADHUBANI, a folk art from Bihar,India.  Bright colors, imperfect motifs, paintings of gods and goddesses with  a story behind, suited my sensibilities. Slowly but surely I was attracted to this particular form of art and before I knew I was in love with Madhubani. The gigantic  blank walls of my new home became my canvas, the strokes of my brush filled colors to my empty walls and my empty life.  It helped me to deal with the agony and the stress of the laborious  treatments and then to cope up with the failure of my last ray of hope called IVF  ( In-Vitro fertilization).  On one hand, my two beautiful Madhubani murals were emerging out of the walls of my new home and on the other, my two crucial IVF's were failing one after the other.


Best of the doctors  in the U.S were unable to figure out the reason behind my infertility and I was told that my only option to have a child was through ADOPTION.  In spite of knowing that it is hard for me to conceive and have a child of my own at this age, I wasn't ready to give up as I wanted to experience  this ultimate joy of life called "MOTHERHOOD"! 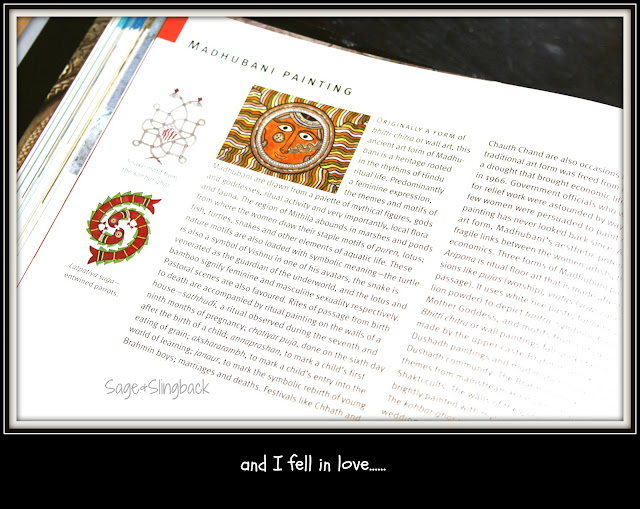 
I had named my new house as "Sambhrama" loosely meaning "Celebration"in Kannada. It's not very common for one to name his/her house in the U.S  but I did, as I really wanted some wonderful things to happen to me in this house.  After 2 failed IVF's in  the U.S, the next best thing for me to do was to go to India and try my luck out there for one last time.  Clinging on to hope and following my heart, I packed my bags and left for India for 4 months. Those 4 months were the hardest (both physically and emotionally) and the most testing time of my life. I patiently went through another two excruciating rounds of In- Vitro's only to realize that I was out of luck again.  Having burnt all my 4 chances of IVF's I was shaken and depressed. In a vulnerable state of mind, I head  back to the U.S, opting for adoption.


Being a NRI, adopting a child from India isn't easy. Piles and piles of paper work and other formalities had to be completed even before one gets qualified to adopt a child.  While I was in the middle of all  this, I happened to meet a wonderful lady named Bhagya Nagesh, who is also the founder of "Bollywood Rythyms Dance and Art studio". Impressed by my wall murals and my penchant for art, during one of our dinner get togethers  she asked  me if I would consider teaching Madhubani art at her studio to her young students. My instant reaction was "NO". Firstly, I am a self taught artist and secondly, I had no prior experience in dealing with kids. She asked me to give it a thought and get back to her. While I was still waiting for an approval from the adoption agency, I decided to give Bhagyas offer a try. I called Bhagya, told her about my decision and there was no looking back since then. I started teaching my first batch of students on March 14th, 2009 and soon after, in May  a miracle and a blessing named "Sundari" announced her arrival in my life. It was a triumph of hope and prayer over science and technology.  To date, I teach my young students this beautiful art, so purely Indian called Madhubani.  Every Saturday, I  look forward to seeing those little faces who have given me such unconditional love over the last few years.   I found solace in art and it was instrumental in bringing hope and happiness back in my life.


In March 2009, Bhagya took me to her new studio, pointed out to this empty white wall at the entrance and asked me to draw a Madhubani mural of my choice and I did, with all my heart. The blank white wall also represented my BLANK state of mind then..... 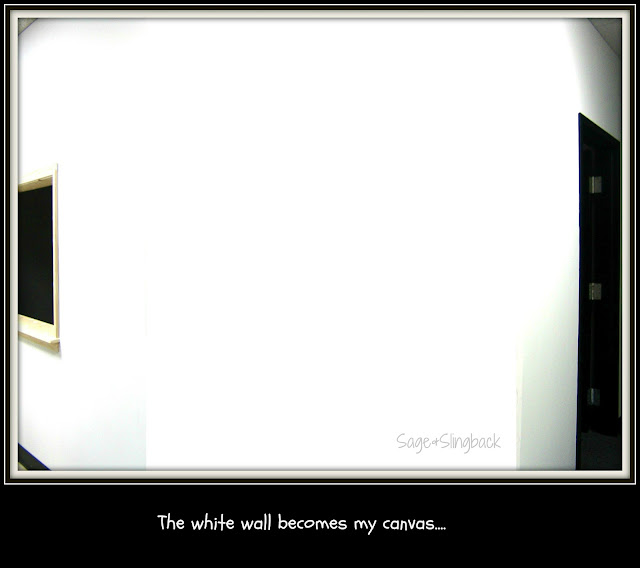 Enjoying my solitude and my hot Starbucks Venti, I drew this mural passionately for hours. Slowly I could see the colors coming back to my life..... 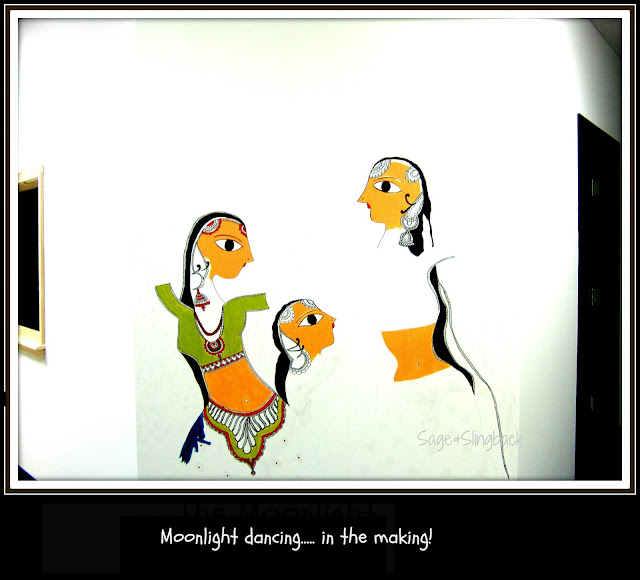 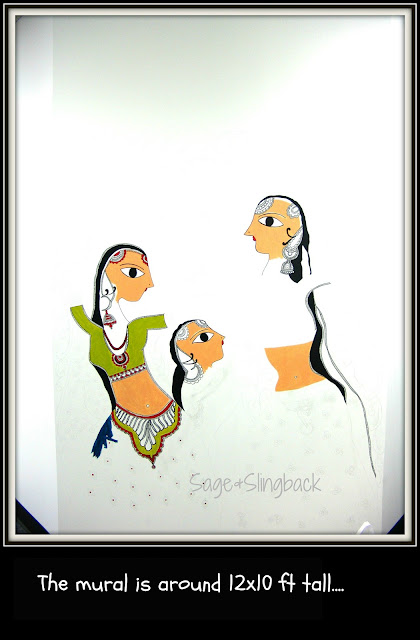 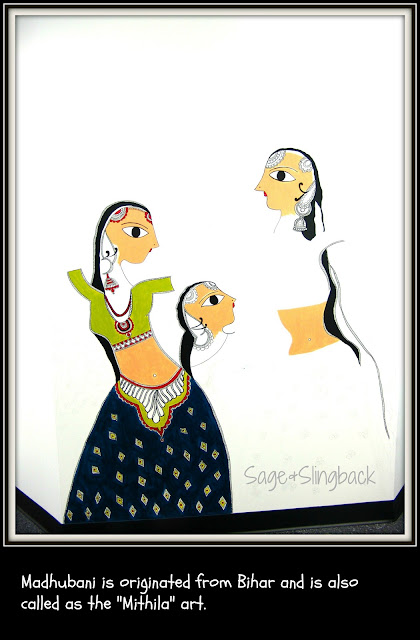 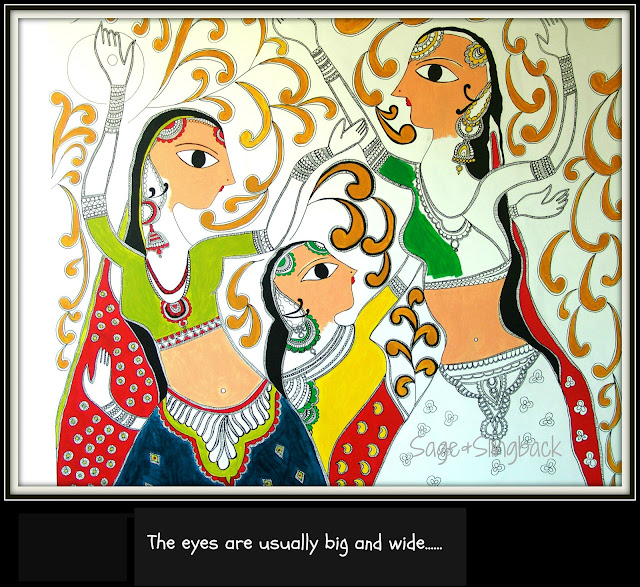 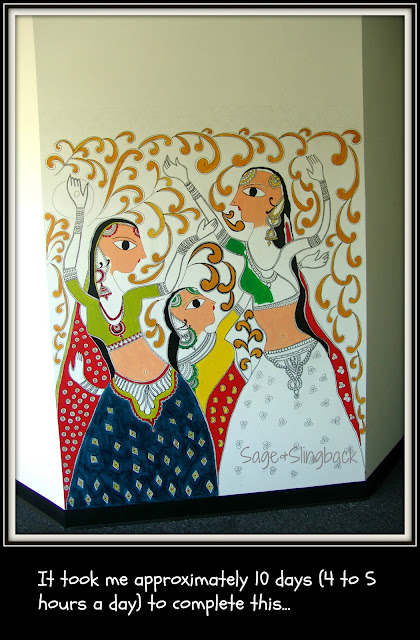 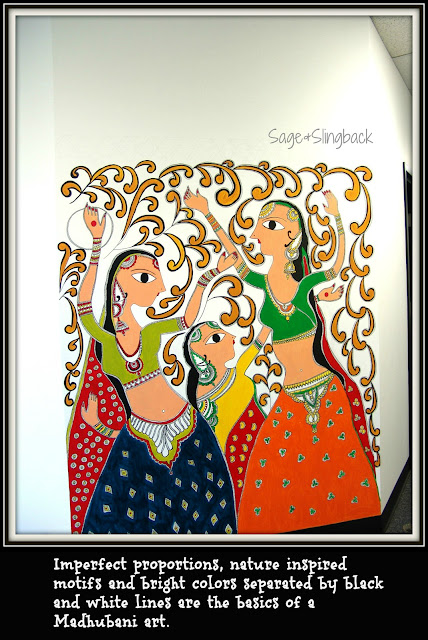 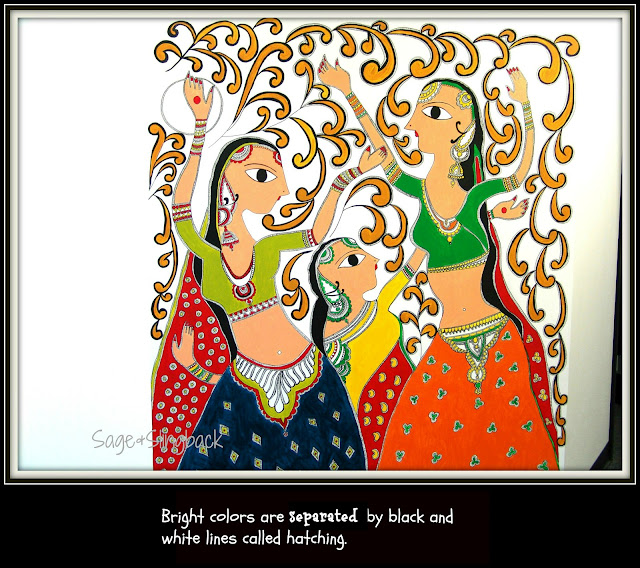 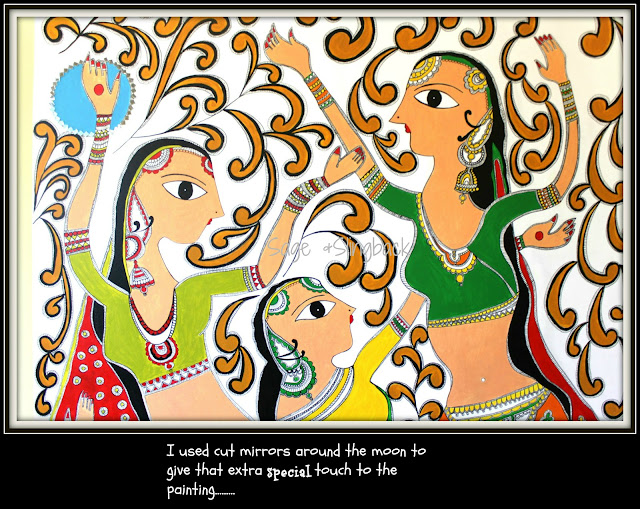 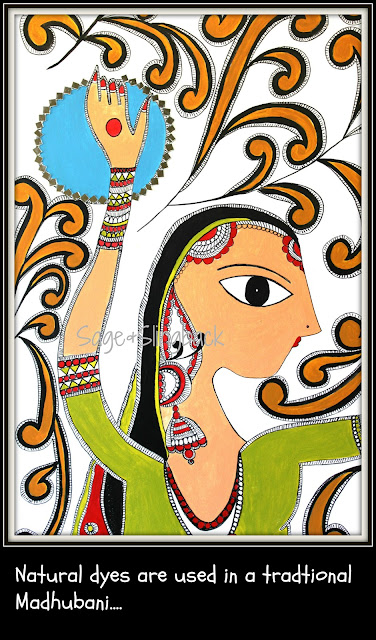 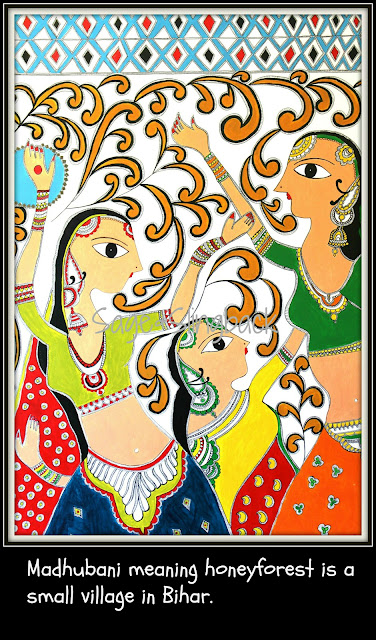 MOON LIGHT DANCING:
A  little token of appreciation for my dear friend Bhagya Nagesh who gave me a chance to share my passion called Madhubani with the world. With art and Sundari in my life, I have been dancing under the moonlight ever since.... 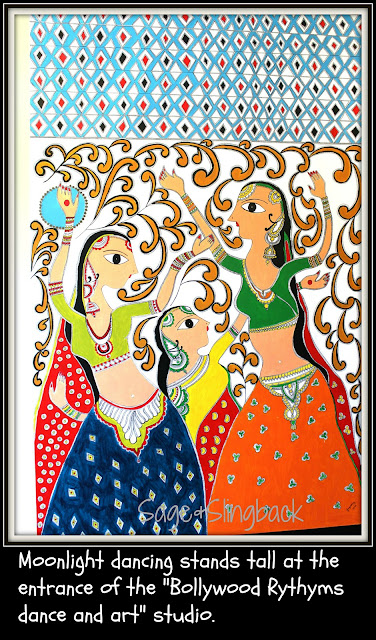 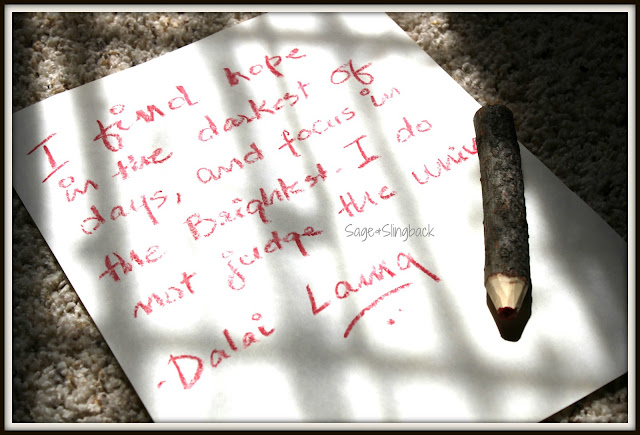 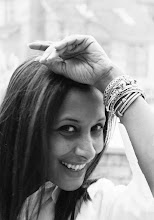 Hello and welcome to Sage & Slingback!

My name is Jayashree Rao and I live in the USA. This is my lifestyle diary that covers food, fashion, art and decor. I am an engineer by profession but pursued my real passion by studying fashion and visual merchandising. I am a fashion buff and a huge Sabyasachi aficionado. I am also a self-taught Madhubani artist and I teach this particular form of art. If you like what you see on my blog and have any questions regarding art, styling and party decor please feel free to e-mail me at jayashree_p@hotmail.com.

WHAT IS SAGE & SLINGBACK?

Sage & Slingback is a creative amalgamation of fashion, food, art, decor, travel and all things beautiful that life has to offer.

Through this medium I will share my passion which is predominantly fashion, food and folk art.

is one of the most important kitchen flavorings signifying my passion for food, is one of the most beautiful shades of green in the color palette and mirrors my love for art and color, and is a person of wisdom and good judgment and represents my desire to explore, experience and evolve creatively.

Slingback - considered to be sleek and sexy, is a shoe that is open at the heel and is held on to the foot by a strap, reinforces my love for fashion.

S&S is a creative, colorful platform that attempts to bring eastern and western themes together.


I welcome you to be a part of the "SAGE & SLINGBACK" family and enjoy this journey with me.

Promote Your Page Too